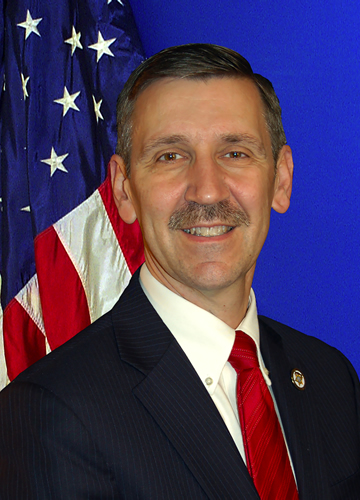 Opinion: Law can be a weapon to fight dishonesty and preserve good

As a servant of the law it is my sworn duty to uphold our law in every aspect. It has been my experience, however, that some see the law as though it were a weapon — large or complex enough to be manipulated toward selfish ends.

In some instances that has been true. Discriminatory laws written by people solely designed to oppress others have created unnecessary scars on those who believed they had little if any hope to resist.

We are creatures blessed with the gift to desire freedom. We are also instilled with a soul which clearly understands fundamental morality — doing what is right versus doing what is wrong. Our great struggle is to find a balance where we are at liberty to pursue the things we desire while at the same time recognizing that another may be opposed to that pursuit.

Well-drafted laws — whether they be from our legislatures or from our courts — help us approximate that balance. That is why police officers have to inform arrested individuals of their rights if they desire to get a statement from them. It is also why tyrants can’t suppress the free expression of speech or religion.

Additionally, the Tulsa County District Attorney’s Office supports and partners with other agencies, including Project Elf, Joy in the Cause and the Tulsa Boys Home, again in an effort to serve public needs.

Despite all of that, we know better. We do live in a just society, and it differentiates us from other countries around the world. It is unique and special over the course of our entire existence. It cannot and should not yield to the power-brokering elite, the lawless mob, the bull-horned loudmouths or the sinister wordsmiths of our time.

We have achieved so much, overcome even more, and aspire without hesitation to do even better. This is the best time to flex the strength of our God-given intellect.

Lady Justice stands blindfolded with a sword in one hand and a balancing scale in the other. She is all of us if we choose to be her — not influenced by passion or prejudice, standing at the ready to defend what is true, and willing to give each side a voice worth listening to.